I do like a funny advert, and this 1996 advert for Pizza Hut is a 90s gem. It features the legendary Formula One motorsport commentator Murray Walker (R.I.P.) and the English racing driver Damon Hill, who was Formula One champion with Williams in the same year. However, he was dropped by Williams the following year, so this was to be his last year racing for the team - he joined the inferior Arrows team for the 1997 season and finished the season in a lowly 12th position

The advert opens with Murray following Damon to the table and commentating on his movements as if it were a race. Obviously annoyed and embarrassed, Hill tells Murray that "we're just out for a quiet pizza, so stop commentating".

The most amusing part of the ad is near the end when Murray finishes his pizza before Damon and says "and Hill finishes second, again!". "Watch it baldy!" comes the amusing reply. I say amusing, but I doubt such a "derogatory" comment would pass the PC brigade today, of course, which makes me very grateful for having lived through a time when comedy was actually funny and people weren't offended by everything.

I've actually only been in a Pizza Hut once in my life, which was in the 90s as it happens. I just don't like eating out in all honesty, and feel so much more comfortable slouching at home while watching a Prime movie and not having to watch my manners whilst gorging on a four cheese pizza and then enjoying a good belch and a long fart afterwards. Yes, I know, that sounds disgusting but damn is it enjoyable - you should try it sometime! 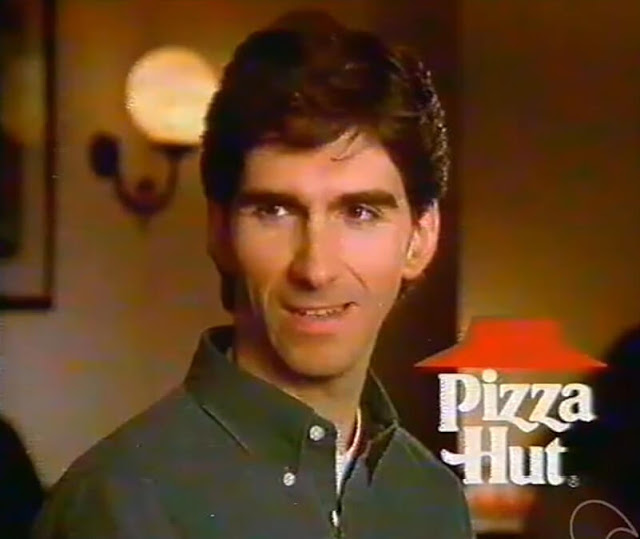 Damon Hill's last race was with the Jordan team at the Japanese Grand Prix in 1999. After retiring, hill opened a BMW dealership near Leamington Spa (which I drove past many times in the 90s) and an Audi dealership in Exeter. He maintained an interest in cars and appeared on many TV shows (including Top Gear) and raced cars and motorbikes at the Goodwood Festival of Speed. He is the currently the patron of the Disability Africa charity.

Murray became a full-time Formula One commentator in 1978 and announced his retirement in December 2000. His final Formula One commentary was at the 2001 United States Grand Prix. His decision came party due to a major error he made at the German Grand Prix in 2000, when he stated that Rubens Barrichello had crashed his car, when it was actually his teammate Michael Schumacher. He received heavy criticism from the media, with the Daily Mail being particularly slating.

Murray also worked in advertising and worked for Dunlop, Aspro and the Masius Advertising Agency. He is credited for creating the slogan "Opal Fruits, made to make your mouth water"..

Pizza Hut was founded in 1958 in Wichita, Kansas, U.S., by brothers Frank and Dan Carney, who borrowed $600 from their mother to open a pizza restaurant for students, despite knowing nothing about making pizza or running a business. 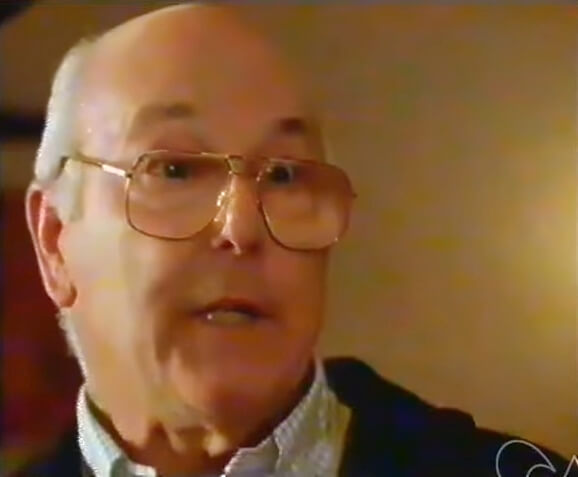