So there are quite a few memories for you in today's post, which features an advert by Our Price for Now Dance '89. You can watch the video at the bottom of the page

The NOW Dance '89 album was released on 3rd July 1989, on double vinyl, cassette and CD. It was the third in the series, and no compilations were released in 1987 or '88, although I have no idea why. I never bought this one but I did buy the very first release on cassette, which came out on 1985 and remains the best of all of them in my opinion.

You will also remember, no doubt, most of the artists that feature in the advert. You can view the full track listing below. How many of these do you remember?

This was definitely a year in which black music artists and dance music was becoming more popular. The rock genre was definitely in decline, but there was a resurgence with Indie rock and Britpop in the 90s, of course. Rock never fell out of favour with myself, though.

The one track I really don't remember at all by Maze - never heard of it! In all honesty, there are many tracks on here I am not overly fond of, but I did buy the CD single for "Helyom Halib" by Cappella, which was loaded with remixes.

Not all of the song's I've listed play in the ad, sadly, but I hope you enjoyed the ones that did. The album featured twenty12 inch mixes, so if you loved your extended mixes then it certainly made for interesting listening. It was also a more cost-effective way to hear the tracks without buying the separate 12" singles, which would have cost me at least a whole weeks wages - I was still paid in cash back then and miss the thrill of ripping open my pay packet and seeing all of those £10 notes!

"Buffalo Stance" is definitely one of the biggest hits on here, and Neneh Cherry is releasing a new album called The Versions on June 10th 2022. She is now 58 years old, would you believe, and has continued releasing music since the 1980s, although her last hit was "7 Seconds" with Youssou N'Dour, which reached No.3 in the UK in 1994.

Another favourite on here is the Fine Young Cannibals track. The band split-up in 1996, but reformed briefly to release a new single "The Flame" in 1996 to promote their Greatest Hits compilation album. The single reached No.17 in the UK. However, this was not their last hit, as a remix of "She Drives Me Crazy" reached No.37 in 1997.

The other memory, of course, is Our Price. This was a chain of music stores that sold vinyl, cassettes and CDs. I used to visit my local store on a regular basis and this is another experience that I greatly miss. Of course, you can listen to virtually anything you want to these days on sites such as Youtube, Spotify and Deezer, but the thrill of popping down to the record store and spending some hard-earned cash on some vinyl just can't be beaten.  Plus, you had the B-side to listen to and the sleeve notes to peruse.

View all the NOW albums from the 80s at my website Simply Eighties. 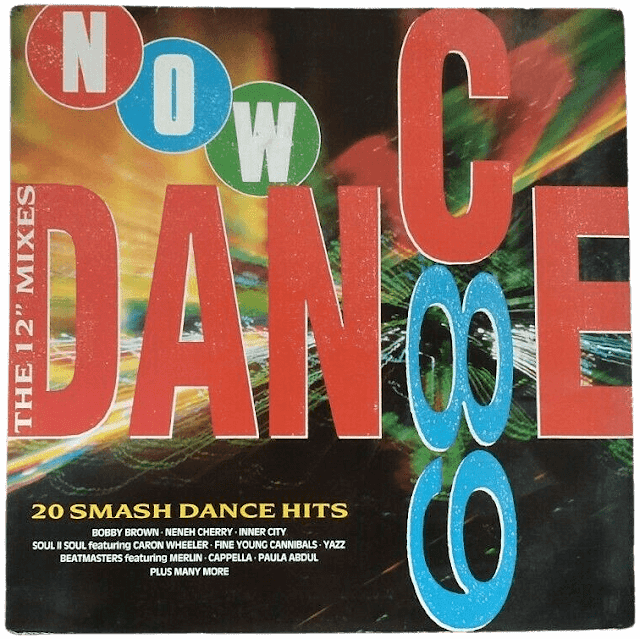 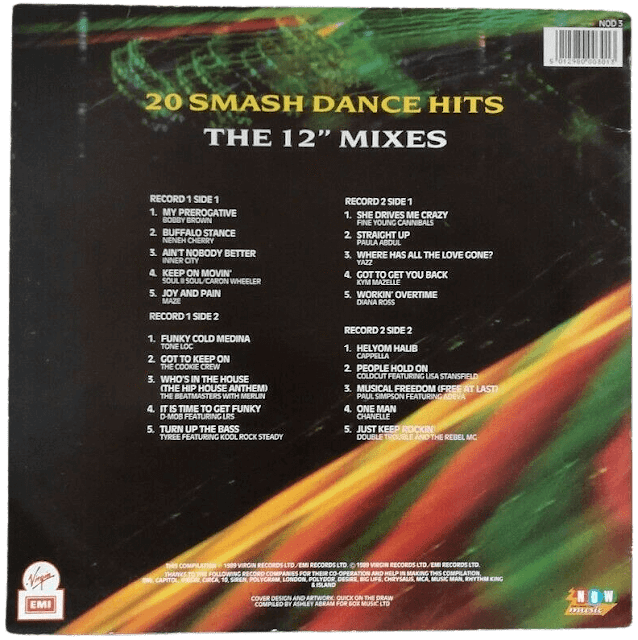 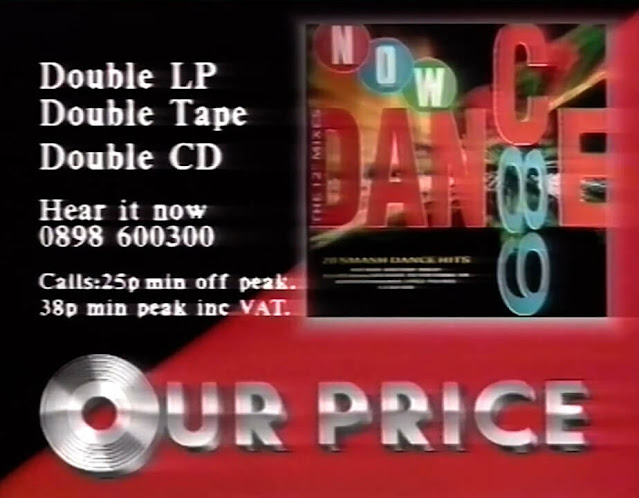