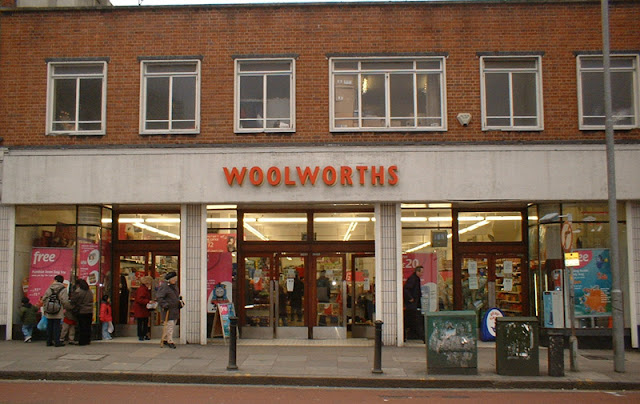 The original uploader was Secretlondon at English Wikipedia., CC BY-SA 3.0, via Wikimedia Commons

Do you remember how much more straightforward many of the TV adverts were back in the 80s? This Woolworth advert from 1983 (at the bottom of this post) is one such example, and simply advertises a number of products from the store, with the price displayed for each one. It features a teacher from Grange Hill, but will you recognise him?

The picture quality of this video clip leaves a lot to be desired, but don't blame me as I'm not the uploader! It's something I'm used to, though, after watching so many old ads.

The ad starts with a display of the slogan "Everybody's everyday store", although it's not one I can remember, if I'm perfectly honest. Then we have an unmemorable jingle "Everything you need everyday, come to Woolworth, and only Woolworth prices to pay". It's just a pity that the composer forgot to include a catchy melody.

So onto the first product now, and I really can't remember Fay kitchen towel, but you may well do, and a double pack for 47p definitely seems like a bargain as I write in 2022!.

Then we have a guy you may recognise advertising Cadbury's Dairy Milk for 15p. He is David Straun, who played the likeable Maths teacher (and E2 form tutor) Peter King in series 9 of Grange Hill, which aired in 1986. I say likeable, but you may remember that he had a very controversial relationship with a pupil, Fay Lucas. "What a wonder!" he exclaims in the advert. Well, the bars were definitely a lot chunkier back then.

Next we have Tu Nail Colour Remover at 39p, and then a pedal bun for £2.49, accompanied by two female shoppers joyfully telling us "what a bargain" and "what a price" in an irritating manner.

Finally, we have an accommodating husband (that's a more polite way of saying subservient) carrying a huge pile of products that his wife has dumped upon him, as he trailed behind her around the store, no doubt, "What a relief" he tells us, as the final product, a tartan shopping trolley for £5.99, is picked up by his wife. Yes, you can dump all of those goods in the trolley now and rest those weary arms, but just don't forget to pay for them on your way out! I definitely remember those plaid trolleys being popular in the 80s.

I don't remember this advert at all, but it was certainly interesting to see all of those products. 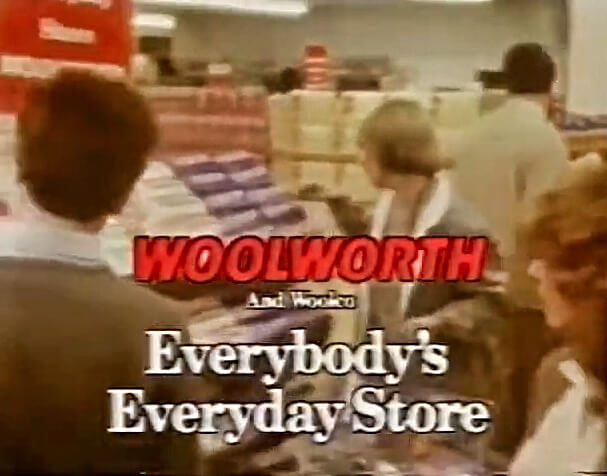 What we bought at Woolworths