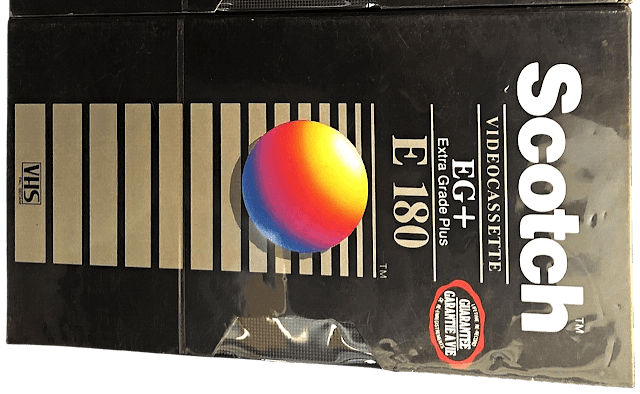 There are some ads that seem to have engrained themselves into my head since the 1980s, and this classic "re-record not fade away" advert for Scotch video cassettes (which features a dancing skeleton), is certainly one of them! You can watch it at the bottom end of this post.

Of course, today's youth have no idea of the struggles we had trying to record our favourite TV shows back in the day. Just trying to set the timer on a VCR required a degree in electrical engineering, but finding your tape all chewed up in the machine was a problem no one wanted to deal with. You also had to fork out for a head cleaner tape and then remember to run it through your machine on a regular basis.

Another issue with blank video tapes was that the quality reduced over time, leaving you with a recording that was dodgier than one of Del Boy's latest satellite dish deals. So Scotch decided to advertise their tapes as having a lifetime guarantee, and it soon became one of the leading blank video tape brands in the UK.

I do remember that for a couple of years I bought those cheap and nasty blank cassettes you would find at your local weekly market, which were usually displayed on a rickety wallpaper pasting table. The guy selling them couldn't speak a word of English, either, but it mattered not because I had bagged myself a bargain. Well, there is always a catch, and the tapes had the lifespan of the goldfish I'd won at the local fun fair. Anyway, I eventually decided to stop being a tight-fisted git and splash out on a multi-pack of Scotch tapes, and I have to say that they really were money well spent. Of course, you would need to ensure you had a couple of hours spare to get them out of the tightly-wrapped cellophane!

So do you remember the song lyrics in the advert? "I'm going to tell you how it's going to be, Scotch's lifetime guarantee. Tape what you want bot in h night and day, then re-record not fade away...". Yep, some 37 years later and I still remember every word, even though I can't remember what I did five minutes ago!

The voice of the skeleton was provided by Deryck Guyler, who you may remember from the sitcoms Sykes and Please Sir! He sadly passed away on 7th October 1999, aged 85.

Scotch blank video cassettes were Made by 3M in Gorseinon in Swansea, South Wales. By 1985, the price of VCR's had reduced enough to reach a mainstream audience, and the prices continued to fall through the second half of the 1980s. Home recording on video cassettes remained popular throughout the 1990s and into the noughties, before DVD recorders and then PVR's with hard drives became more popular and affordable. 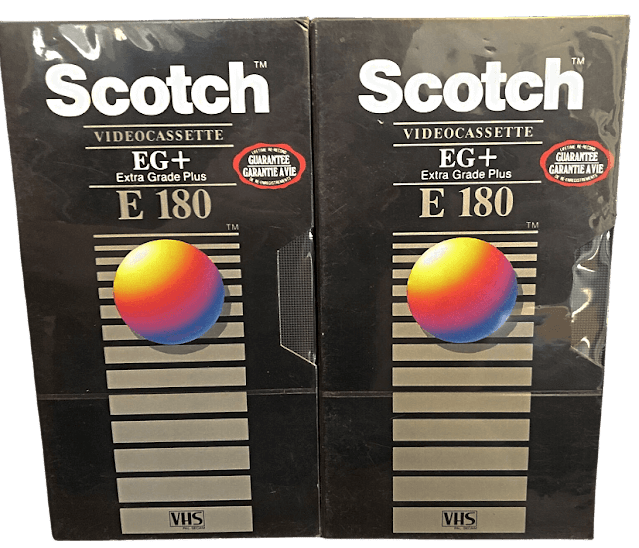 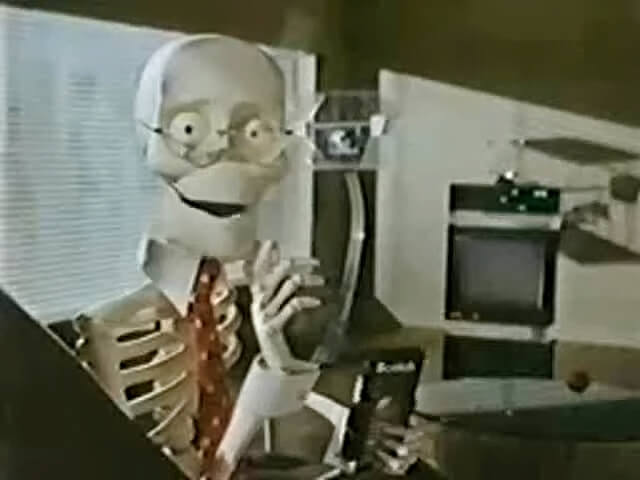