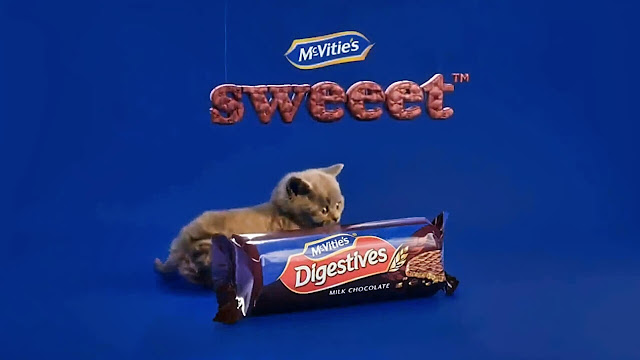 So here we have an advert featuring kittens - what's not to like? But which do you prefer, a cute kitten or a McVities Chocolate Digestive? I know which I'd prefer to dunk in my coffee, and no it's not the kitten!

This advert was part of McVities "Sweeet" campaign and first aired in 2014. Of course, it proved to be hugely popular, and, no doubt, helped to sell an awful lot of biscuits! It was a genius marketing move by United Biscuits.

The concept is simple, put a group of female nurses together during their well-earned tea break, add a packet of Chocolate Digestives, lots of adorable kittens and you're on to a winner!

However, this is a very magical packet of Chocolate Digestives. It contains not just one kitten, but a table full of them, and the ladies love them! Who wouldn't want to spend their tea break playing with a table full of kittens?

By the way, do you recognise the music? Yes, it's the Fawlty Towers theme, of course, which was composed by Dennis Wilson. 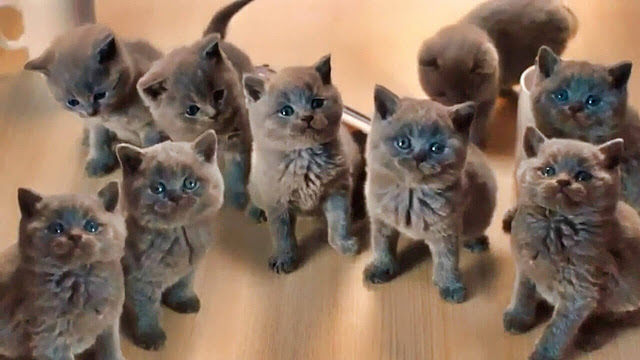 The advert was very well thought-out. Not only do we have kittens, but young, female nurses, known for their caring attitude, looking adorably at the felines while pulling lots of silly faces.

But we're hear to sell biscuits, and so near the end of the ad, the girls are shown eating the digestives with their eyes closed as they savour the flavour of them, leaving the viewer salivating.

The ad could end there, but no, it ends with a lonesome kitten rolling around next to a packet of McVities Chocolate Digestives, just so you don't forget what is being promoted here!

When were Digestives Invented?

McVities was founded in 1830 and is currently owned by United Biscuits. The biscuit was invented in 1839 to aid digestion, by two Scottish doctors, but was a very different biscuit to what it is now.

The Chocolate Digestive was first introduced in 1925, and this version of the biscuit is often voted for as the UK's favourite, and also as one of the nation's favourite biscuits to dunk into their cup of tea.

So are you a dunker? I certainly am, but don't you just hate it when you dunk for just a tad too long and the end of the biscuit falls into your tea or coffee!