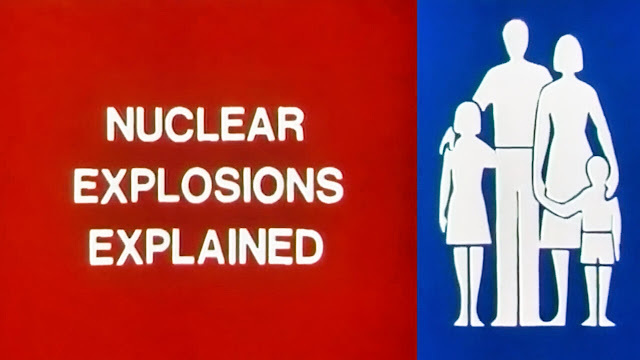 This is the very first part of the 1973 public information film Protect And Survive, which was narrated by Patrick Allen, and scared the living daylights out of the entire UK population! Of course, had there been a nuclear war then I would more than likely not be sat here writing this blog post! Thankfully, there never was, but the cold war period was certainly memorable for all the wrong reasons, and this haunting film did nothing to keep the nation calm.

Firstly, Mr. Allen explains about heat and blast, and how a nuclear bomb is many times more powerful than ordinary explosives. He explains that a nuclear explosion is caused by H bombs or atom bombs, and can destroy buildings for up to five miles from where the bomb made impact.

Fallout is also explained, which is a cloud of deadly dust which is sucked up by the updraught of the explosion and then falls slowly to the ground. It can be carried for hundreds of miles by the wind.

Well, I feel much calmer now knowing all this! Well, at least, he explains how to protect your home and your family later on in the film, not that the advice would do much good if you lived within five miles of the impact.

The animations, graphics and sound effects seem incredibly dated now, but, of course, there was no CGI back then, so they seemed perfectly acceptable in the 1970s. Even with such antiquated animations, this film was pretty haunting and hard-hitting.

Snippets from the Protect and Survive film were used in the song "Two Tribes" by Frankie Goes To Hollywood. Allen re-read many parts especially for the extended version found on the album Welcome To The Pleasuredome. 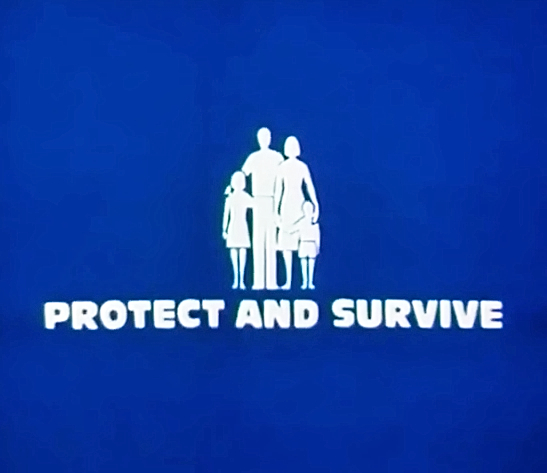