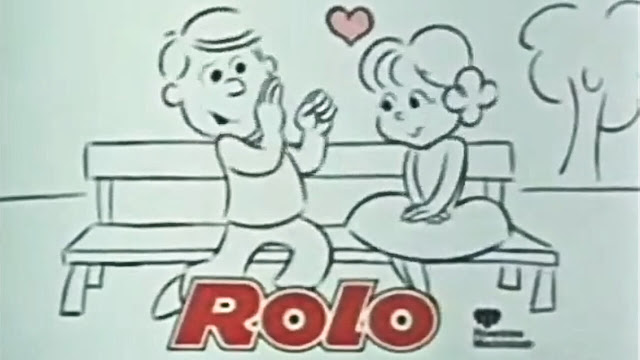 So do you love anyone enough to give them your last Rolo?

Well, what a memorable slogan that was, and what could be more perfect for me to write about on Valentine's Day, than this much-loved, romantically-themed British TV Advert for Rolo Chocolates?

There were several Rolo adverts that stick in the memory, including the award-winning classic with the elephant and the boy from the 90s. But the one I'm featuring today is from the good old 1980s, and it's the most romantic of all of them - you can watch the video at the end of this post.

The ad features an artist drawing an animated sketch of a boy and his cute girlfriend sat on a bench, and the girl has just one Rolo left, but does she love him enough to give him her last one?

As the artist is drawing the young lad, the boy asks "Where am I?" and the artist replies "On TV". The artist then draws part of the bench and a very coy and cute young girl. "She's nice", says the boy, "Who is she?". "Erm, your girlfriend", replies the artist. "Does she love me?" the boy asks, "Oh, worships you!" comes the reply. The boy then spots her eating something "What's she eating... Rolo, my favourite". "It's my last one!" replies the girl, "but you can have it anyway!", and this act of kindness causes the boy to blush with embarrassment. It ends with the boy asking the artist to draw a bunch of flowers.

It's an ad that I certainly remember being talked about by the girls at school, but it wasn't really the kind of ad that groups of lads would dare to discuss together, for fear of being severely ribbed, or, quite possibly, being beaten up in the ribs by the school bully!

Rolos are still being produced by Nestle, and the slogan "Do you love anyone enough to give them your last Rolo?" ran from 1980 until 2003. The chocolates were originally produced by Makintosh's, starting in 1937, before they eventually became Rowntree-Makintosh. The company was bought out by Nestle in 1988, and the tubes of caramel chocolates are currently produced in the UK at the Fawdon factory in Newcastle upon Tyne. 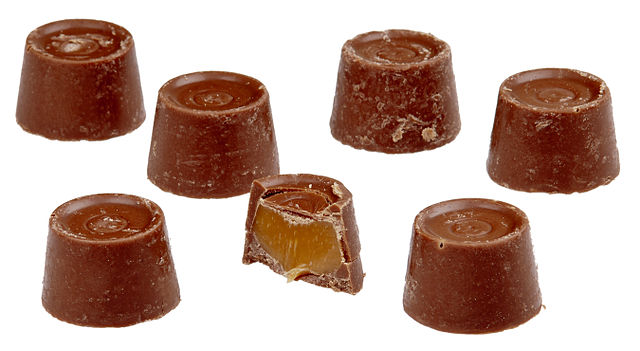