8 Shockingly Sexist Adverts That Will Blow Your Mind! 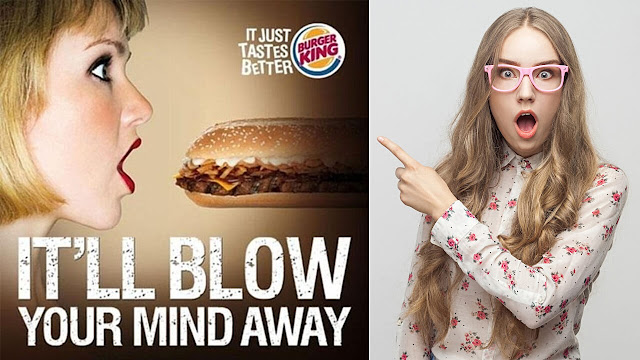 Many decades ago, it was seen as perfectly acceptable to publish sexist adverts about women, which today seem pretty shocking, to say the least. Many of the adverts I'm going to feature here are American and from around the 1950s, although there is one that is rather more recent and rather ill-conceived. 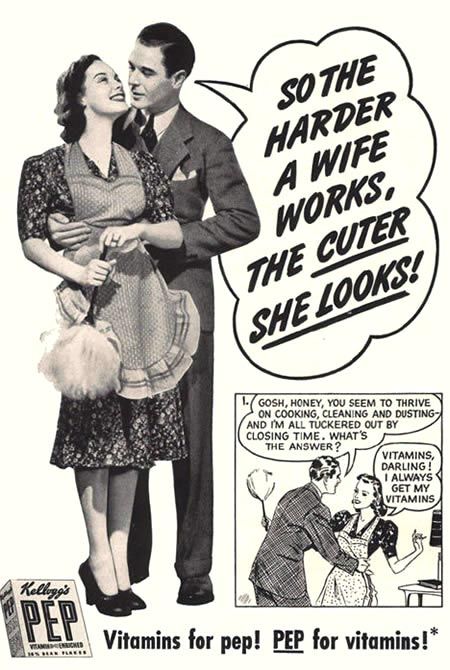 This American advert for Kellogg's PEP Vitamins defies belief! "So the harder a wife works the cuter she looks" is the headline, and the mini comic strip suggests that women actually thrive on doing the household chores, and will have boundless energy to continue to serve their husbands when he comes home, because they have taken their vitamins! It's about as sexist as an advert can get, but no one even batted an eyelid back in the day! 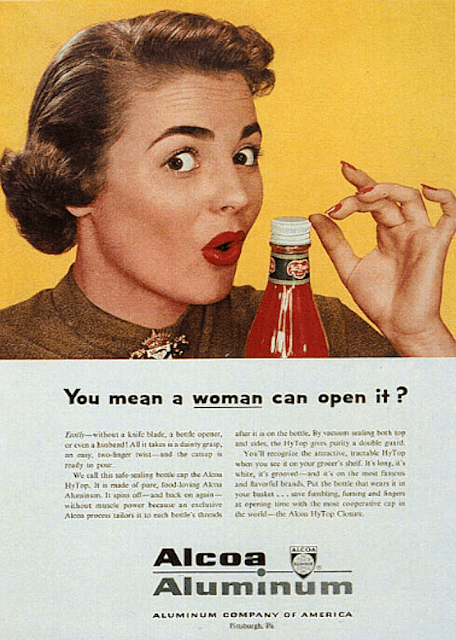 So Alcoa Aluminum have come up with a new-fangled bottle top for tomato ketchup that is so easy to open, even a woman can open it! Well, you can imagine the uproar this advert would receive if released today. But I remember my Dad was useless at opening ketchup bottles (he just couldn't get a grip!) and so it was often my Mum who ended up opening it, often by prizing it open with the back end of a spoon or a knife - don't try this at home, kids!

"Show her it's a man's world" is the truly arrogant headline for this advert for Van Heusen neck ties. So here we have a guy dressed in his office gear lying in bed and being served his breakfast by his subservient wife. He lies there with his hands behind his head as cool as a cucumber, while his wife is on her knees. It's bizarre enough that he is wearing his shirt and tie in bed, but once again, it's an advert that was just accepted as the norm back in the day. 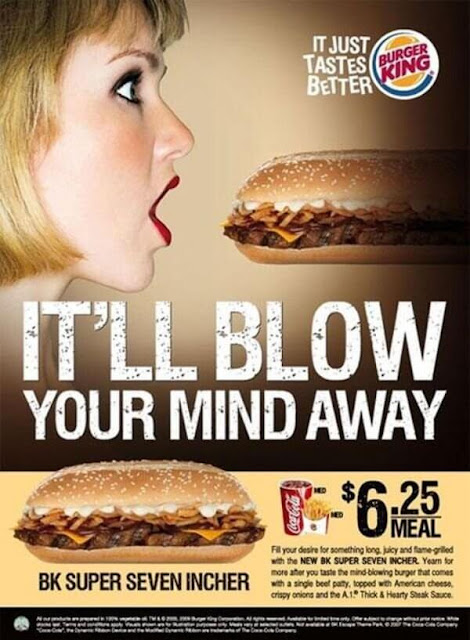 Now, I'm unsure when this advert was launched, but it's certainly far more recent than the 1950s. This very suggestive advert really does blow your mind away, but for all the wrong reasons. They say sex sells, but the innuendo here is completely ill-conceived and as tasteless as the burger on offer here. "Fill your desire for something long, juicy and flame-grilled with the New BK Super Seven Incher" with the slogan "It just tastes better" is just about as crass as you can get. Now, while I can see the funny side (at my age, it takes a lot more than an innuendo-laden advert to offend me!), the blow-job references are certainly not going to win Burger King any advertising awards. You can just imagine the sniggering from the spotty teenager serving you when you order a "super seven incher". 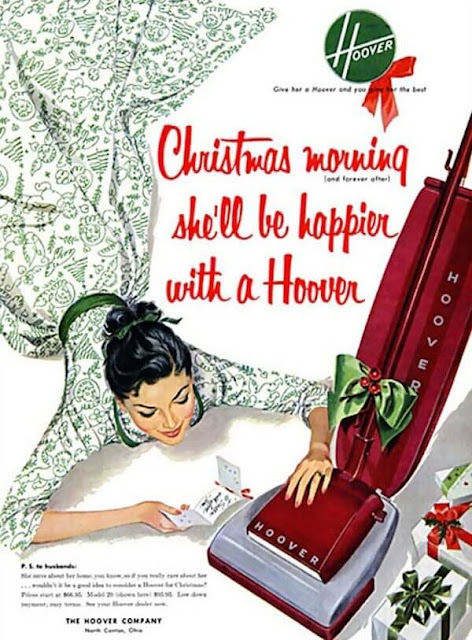 So here we have a lady lying on the floor caressing her new Hoover vacuum cleaner, which she is delighted to have received from her husband for Christmas. If my Dad had bought my Mum a Hoover for Christmas I think she would have hit the roof, he could, at least, have bought her a Dyson! But, unbelievably, buying your wife cleaning equipment as a special gift that would be well-received, was a message that was used a lot in advertising back in the first half of the 20th century. 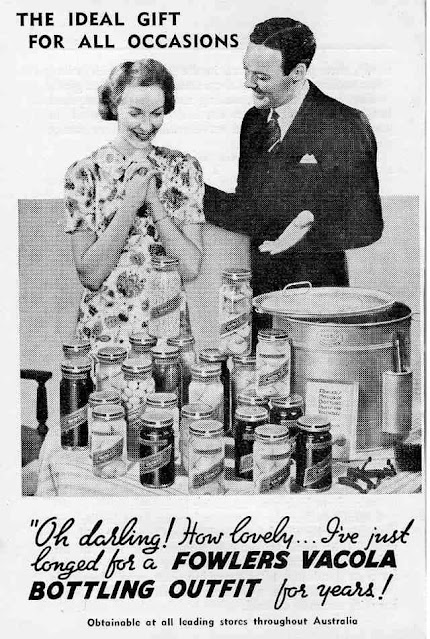 Now I'm sure any woman would be absolutely delighted to receive this next gift! Yes, it's a bottling kit! This ad is actually Australian, and it illustrates that this man's wife is thrilled at the prospect of turning her kitchen into a bottling factory. "Oh darling, how lovely... I 've just longed for a Fowlers Vacola Bottling Outfit for years!". 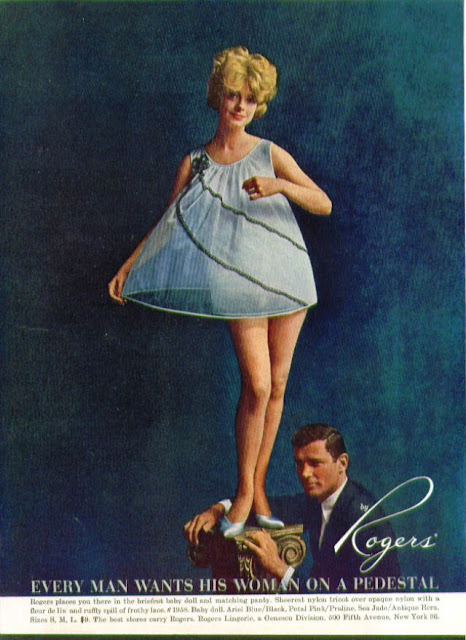 "Every man wants his woman on a pedestal". Now the headline by itself would be seen as complimentary to a woman. Of course, many women would like to be treated like a Princess by their husband. But the fact that this lady is wearing a very revealing Rogers baby doll dress (with matching panties!) with the man underneath her really needs no further explanation from me. 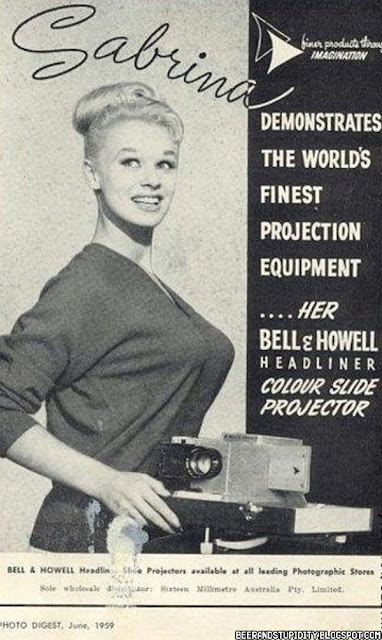 This advert for a Bell & Howell headliner Colour Slide Projector is from 1959, and reminds me very much of those very saucy British seaside postcards and Benny Hill style comedies of the 70s. "Sabrina demonstrates the world's finest projection equipment" is the headline. There's nothing wrong with that, of course, but it's what equipment that is being projected here that is the problem!
Now you may have thought that the sexist treatment of women died out in the dark ages, but I well remember many husbands still expecting their wives to do all the cooking and cleaning for them well into the 1980s. It had been engrained into them from a young age, and many housekeeping books being published as late as the 1960s were encouraging women to be subservient to their husbands. It was simply a very different era from which lessons should be learned.
Milk Tray Man Advert 1977
Bizarre Shocking