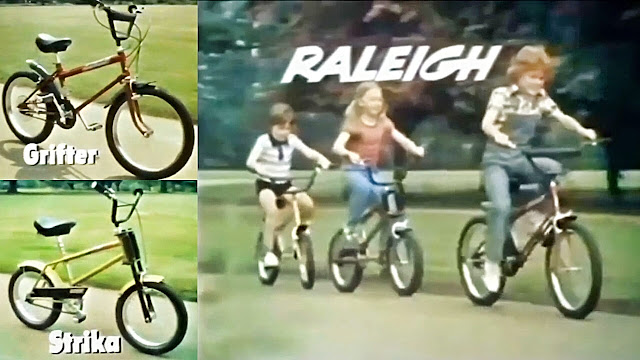 At the bottom of today's post, you can watch a British TV advert featuring the new Action range of bicycles by Raleigh, featuring the Grifter, Strika and Boxer.

This ad was first shown on ITV in 1976, and it's delightfully retro in many ways. A narrator with a posh English accent was commonplace at the time, and the fashion worn by the three kids very much shouts out the 70s, with dungarees and striped T-shirts. Many of my old childhood photos show both myself and my Dad wearing a striped T-shirt, and they were very much all the rage in the summer months of the 1970s, and definitely during the long, hot summer of 1976 when the UK experienced a record-breaking drought.

The first bike on display is a yellow Grifter, and it's being ridden by the Invisible Man! We also see the mid-range Strika and the smallest model, the Boxer. The range was brand new for the UK during 1976. 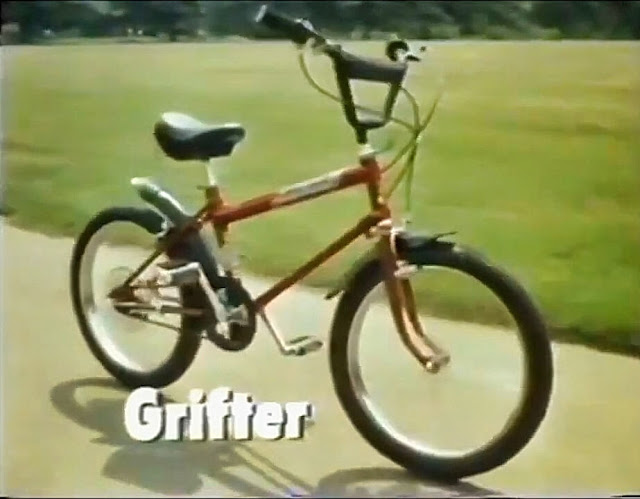 The Grifter was a very cool bike indeed, and just about every child wanted one, although I seem to remember the Chopper being even cooler! It was at the top of the Action Bikes range featured in the advert. It featured a twist-grip, three speed gear selector, a brand new saddle design and chunky tyres which were a precursor to the BMX bikes. An improved MkII model came out in 1978.

The Grifter was discontinued in 1983, as the lighter and easier to handle BMX bikes became more fashionable. It is a very popular bike with collectors, and the pre-mass production MKI models are particularly sought after.

In 1982, most Grifter owners had their eyes on the Raleigh Burner BMX bike, and those kids with parents who couldn't afford one, tried to make their bike resemble a BMX.

The Strika was smaller than the Grifter but larger than the Boxer, and was aimed at ages 6 to 10. It's design looks very much like it was modelled on an off-road motorbike, with faux suspension forks and a thick, padded saddle. 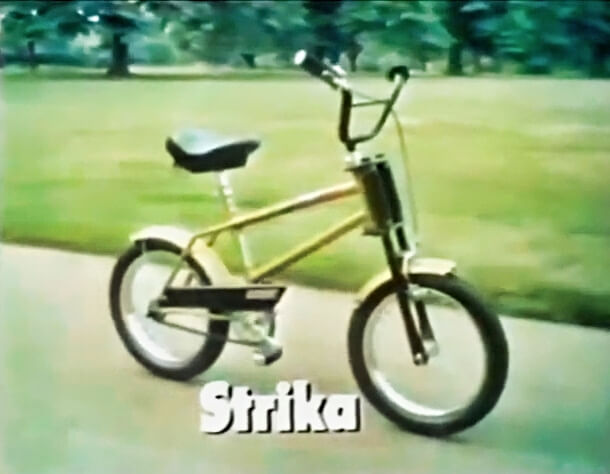