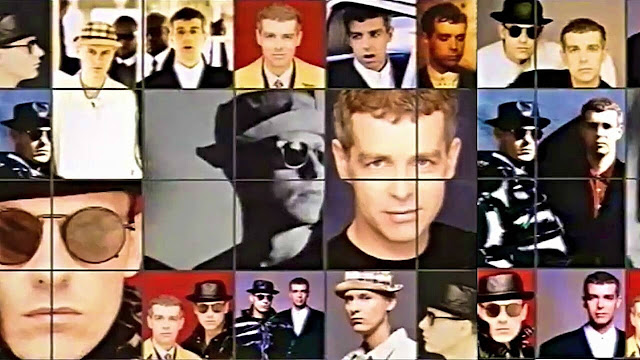 Narrated by DJ Alan "Fluff" Freeman, the advert for Actually features the first three singles from the album; "It's A Sin", which was a chart-topper in the UK, "What Have I Done To Deserve This", a fantastic duet with Dusty Springfield, which reached No.2, and "Rent", which reached No.8. The album also includes the No.1 hit "Heart", although the music doesn't play in the advert.

Now, I do remember this advert, which displays the front sleeve of Actually and opens with the text "I like it here, wherever it is". However, the surprise is that this is not simply a picture of the album sleeve, when Chris Lowe suddenly starts looking around and pulls some strange but amusing faces. Chris's hair style looks a little different here, though, so the eagle-eyed amongst you will have spotted that this isn't the original album sleeve. For most of the ad Neil remains static, but at the end gives a big yawn, to replicate the sleeve.

I've no idea who the narrator is on the ad for Behaviour. It features the first two hits from the album "So Hard", which reached No.4 (I still have the CD single) and "Being Boring", which reached No.20 in the UK. The album also included a medley featuring a cover of U2's "Where The Streets Have No Name" and "I Can't Take My Eyes Off You", which was originally recorded by Frankie Valli. The Pet Shop Boys version is based more on the 1982 disco version by Boystown Gang, and reached No.4 in the UK. The final single released was "Jealousy", which reached No.12.

I don't remember this advert, but it is based around a grid (a four square grid appears on the front of the Behaviour album) which is filled with photos and video footage of Chris and Neil. In the centre, the black and white video for "Being Boring" is shown. It ends with the narrator telling us its' "probably the best album you'll hear all year". which is a bold statement indeed!

The album became the fourth consecutive top 5 hit in the UK, reaching No.2. I do remember when "Being Boring" (produced by Harold Faltermeyer) only just scraped into the top 20, and that some people were questioning whether the duo were actually living up to the title of the song. It's a gentler. smoother song than previous singles, but it still has that infectious chorus which you expect from the boys, and even though it had a lukewarm reception when first released, many have grown to love the song since then, with Stephen Emms in The Guardian even claiming in his article Why Pet Shop Boys Being Boring is the Perfect Pop Song "it's the best single of all time." Well, whatever you think of the song, it was a sign that the duo were starting to get a little more sophisticated. 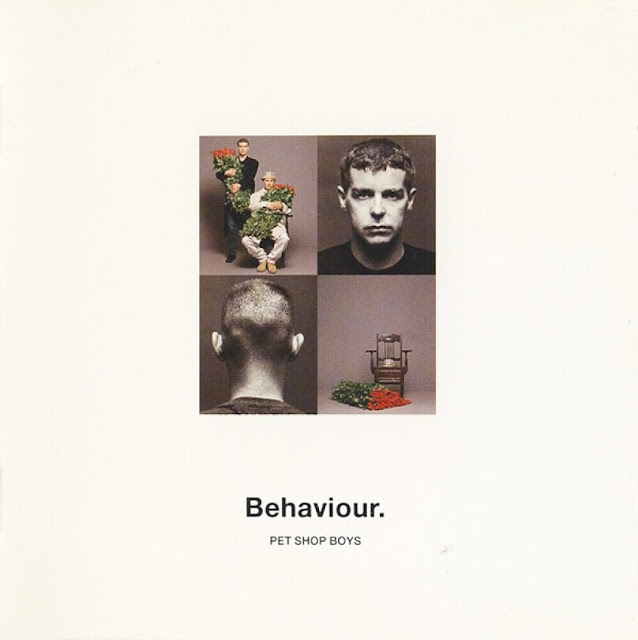