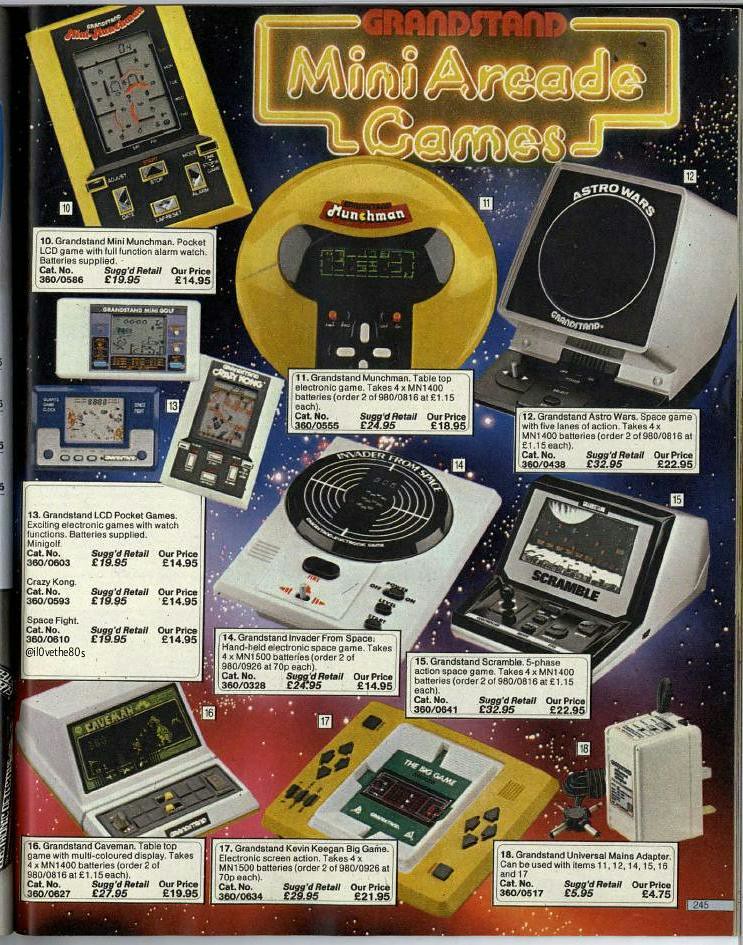 Do you remember playing with one of the many Grandstand mini arcade games that were popular back in the early 1980s? Well, I have quite a few of them to show you in this post!

I recently found this full page from an old Argos catalogue online, and although the date isn't given, I believe it is 1982. Many of these games were launched in 1981, but Scramble wasn't released until 1982, and is included on the page. Please note, that in the video at the bottom of the page I stated it was 1981, but hey, that's a minor issue.

Now, although these bleepy games were very basic, they were for many people their first experience of playing electronic arcade games in the comfort of their own homes. The smaller, handheld games were also perfect for playing while out and about with your friends. No doubt, many parents found them useful for keeping the kids quiet on a long trip to the seaside! I say quiet, but the units themselves could be pretty noisy in a bleepy kind of way, of course!

Portable single game arcade units became hugely popular before the launch of the 8 bit home computers such as the ZX Spectrum and Commodore 64. There were many available with built-in watches, such as the Nintendo Game & Watch series, which were eventually replaced by the Game Boy.

Grandsstand were based in the UK and New Zealand, and produced a range of gaming consoles and portable/handheld electronic games back in the 1970s and 80s.

Mini Munchman was a pocket-sized, LCD version of their larger but still portable Munchman game, and also included a stopwatch and alarm clock. It is basically a Pac-Man style maze game, and the Namco Pac-Man arcade game (which launched in 1980) was hugely popular around this time. The bigger Munchman unit was also distributed by Tomy as Puckman in other countries. 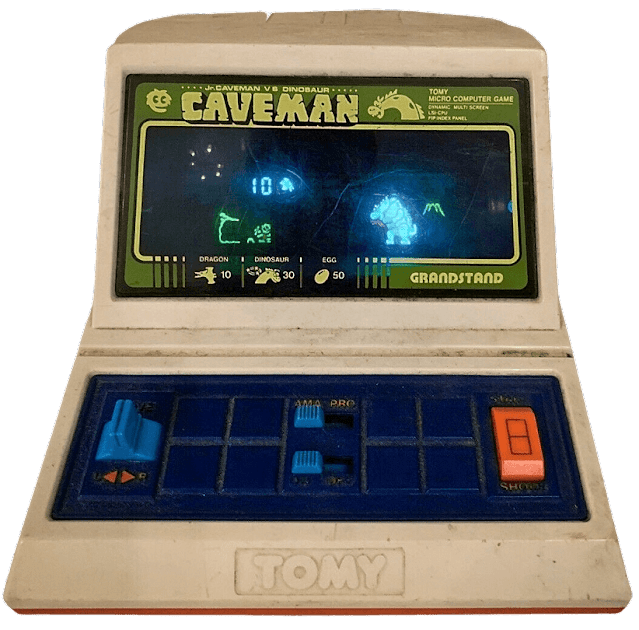 Astro Wars was one of my favourite Grandstand Games, and I remember it featured an LED colour vacuum display. It was basically a shoot the alien invaders game in a similar style to Space Invaders and Galaxian. Some invaders dropped down towards your missile launcher, which could be tricky to deal with. The game was also distributed by Epoch as Galaxy 2, and the Grandstand version came out in 1981, just a year after Invader From Space.

Talking of which, Invader From Space was the first of the tabletop games released by Grandstand, and was released in 1980. I do remember someone at school bringing in one of these units. The screen itself was very narrow with just five rows. It was basically a slower LCD version of Space Invaders and was very loud! Nonetheless, it was a great way to play an invaders style game in the comfort of your own home.

Kevin Keegan The Big Game launched in 1981 and was developed by Epoch. It's original title was Exciting Soccer Game, but adding the name of a football superstar, no doubt, helped to boost sales in the UK. This one also had a very narrow, 5 row horizontal LED display to represent a football pitch. I actually didn't know of its existence until today!

Caveman came out in 1982 and was developed by Tomy, but distributed by Grandstand in the UK. It was a tabletop arcade game with a watch. I remember the LED display was very bright on this one, and the idea of the game was to run over to the dinosaur and grab the eggs when he was not looking at you. It was a very basic game but fun to play, nonetheless.

Also released in 1982 was Scramble, which was developed by Epoch and distributed by them as Astro Command outside of the UK. The sideways scrolling shooter was a big hit in the arcades, but this basic LED version featured a narrow display and played like a very tough version of Space Invaders, with the aliens and their missiles coming at you from the right of the screen. It didn't bear much resemblance to the arcade game.

The three pocket-sized LCD games here were Crazy Kong, Mini Golf and Space Flight, which could be bought for £14.95 at Argos. They were very basic, but if your parents were on a tight budget then they were ideal. Many working class families were probably earning less than £100 per week back then, so another £8 for the bigger units was quite a substantial amount. I certainly remember my Mum trying to scrape together enough money to buy me the colour version of the Binatone TV Master.

I would imagine the Crazy Kong game would have been pretty popular, and it's obviously based on Nintendo's Donkey Kong. This LCD version featured a red and grey display and had 10 levels, although I believe it was extremely difficult to make it past level 8. It also included a time display, stopwatch and alarm. 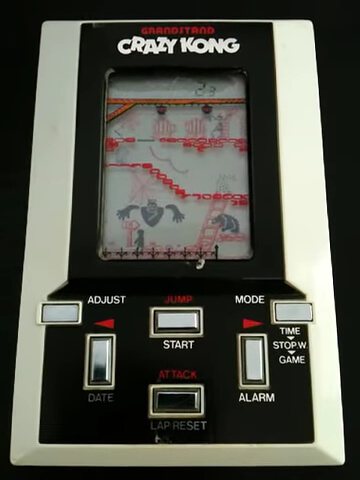