Today's video (at the end of this page) features the first two Churchill insurance TV Adverts featuring the iconic nodding bulldog and his "Oh yes" catchphrase. The first ad is the original, which was first shown in 1996 and features the "give the dog a phone" slogan - Martin Clunes is the narrator at the end of the ad giving out the phone number. It became so popular that the company even started selling nodding dog toys in 1997.

I am unsure as to when the second ad was shown, but it features a bath tub scene, with the dog sat next to some bubble bath. It starts with the question "Oi Churchill, I didn't know you were house trained?".

Whenever I saw the early churchill dog I always thought of John Prescott. He definitely looks and even sounds a little like him, don't you think? Okay, maybe it's just me then! The voice is actually an impersonation of the actor Deryck Guyler, but was voiced by comedian Bob Mortimer. The person asking the question is his comedy partner Vic Reeves. However, in 2005, after Reeves was convicted of drink driving, he was removed from the ads.

It's a fact that insurance is one of the most unexciting subjects to discuss. I mean, just the word makes me feel like drifting off! However, I like the fact that Churchill Insurance always make an effort with their ads to make them interesting and unique. Before they introduced the nodding dog, the company featured a real bulldog named Lucas as their mascot during 1994 and 1995.

There has been a wide variety of adverts shown since the very first one. You may remember the 2019 "Chill" ad in which a CGI bulldog rode a skateboard around in the street. That was definitely one of the best ads from that year. The CGI dog replaced the nodding dog in that year.

The British insurance company was funded in 1989, and is based in Bromley, London. They became part of the Direct Line Group in February 2012. 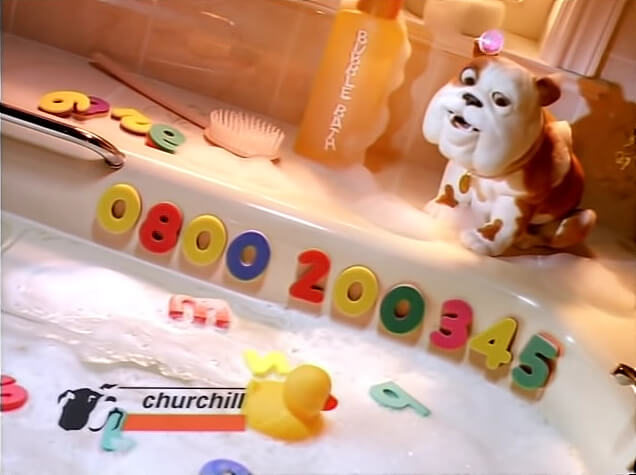