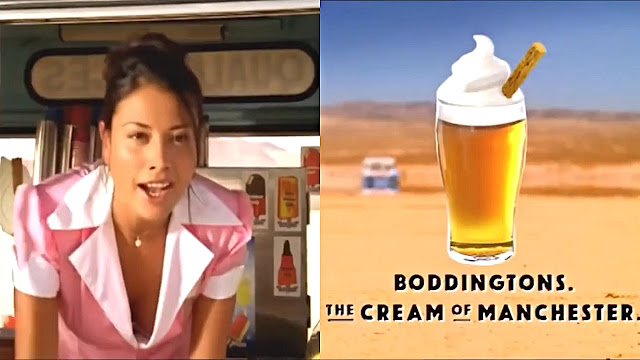 Some of the most memorable and humourous TV adverts to come out of the 1990s featured attractive women with Mancunian accents advertising Boddingtons beer. The one here features the model Melanie Sykes, and it helped to launch her TV and radio career. She actually featured in several ads for the company which aired in the late 90s from 1996. She had been modelling for around 7 years when she was asked to do the ads.

For the advert featured in this post, the gorgeous Melanie is driving an ice cream van across a desert landscape, and she slams on the brakes so she can serve an exhausted runner (actor Ken George who now runs KGB Productions) with a pint of Boddingtons beer. She asks him in her Mancunian accent (which is kind of unexpected from a model) "Do you want a flake in that, love?". to which he replies "ta!". If you're not familiar with the British language, "Ta" means "thank you", and is a slang term used more frequently in the more northern counties of England, especially around Manchester, which is the city in which Boddingtons was brewed. Another advert featuring Melanie was a spoof on the Calvin Klein ads featuring attractive male models wearing only their underwear.

The slogan used during the 1990s (from 1991 to 1999) was "The cream of Manchester", and a series of TV ads was produced by the ad agency Bartle Bogle Hegarty featuring attractive ladies with Mancunian accents.

Boddingtons was one of the first canned beers to include a widget, which gave a creamy, draught-style head, just like in the pub. It seems like only yesterday when I was drinking canned beer with widgets in! These days, I prefer a bottled craft beer or a shot of Havana Club Rum.

The familiar two bees logo made its first appearance in 1990. The slogan used in the late 1980s was "If you don't get Boddies you'll just get bitter". 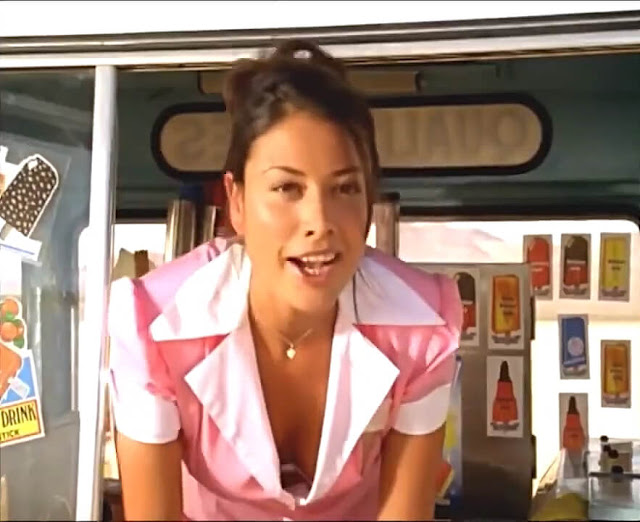