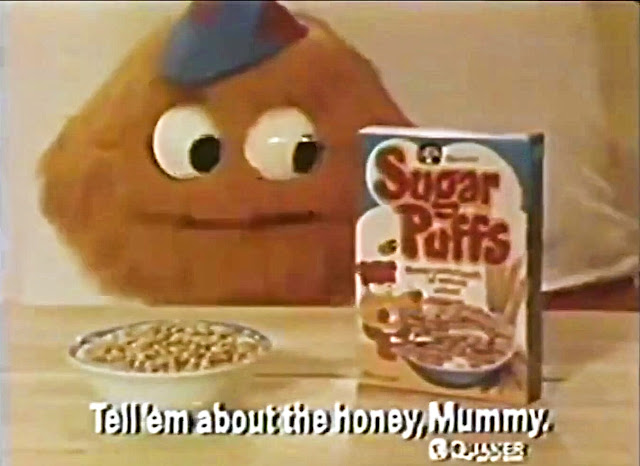 Did you know that Sugar Puffs have had a different title since 2014, and they now have the healthier title of Honey Monster Puffs, although I will always call them by the original title.

Of course, just the word "sugar" smacks of unhealthiness, although kids were certainly less obese than they are nowadays, so I'm not convinced that it's just the sugar content that's the problem here, but more likely a lack of exercise. Back in the 70s, you would see gangs of kids riding around on their bikes, but I can't remember the last time I saw a group of kids on pushbikes in my village.

This advert from 1976 by Quaker is the first to feature the funny-looking, big yellow hairy creature called Honey Monster, whose shoulders are higher than his head! The advert also features the actor Henry McGee, who became a familiar face on The Benny Hill Show.

In the ad, the Honey Monster is obsessed with honey and believes that McGee is his Mummy.

The advert starts with McGee announcing "I'd like to introduce you to Honey Monster". The monster replies "Mummy!", to which McGee replies "I'm not his Mummy".

While describing how he gives Sugar Puffs with milk each morning to the Honey Monster, he replies "Tell 'em about the honey Mummy!", an iconic 70s catchphrase that became a school playground favourite.

The monster then proceeds to destroy the kitchen table while exclaiming "I love my honey, I love my Mummy".

This is the first and original Honey Monster TV ad which was shown on ITV, and it's the one I remember the most.

Red Dwarf fans will know that Dave Lister (played by Craig Charles, who currently hosts The Gadget Show on Channel 5) is fond of Sugar Puff sandwiches.

The Honey Monster these days is an animated character who is nowhere near as much fun as the original. The puffs themselves also contain 25% less sugar than they did in the 70s. 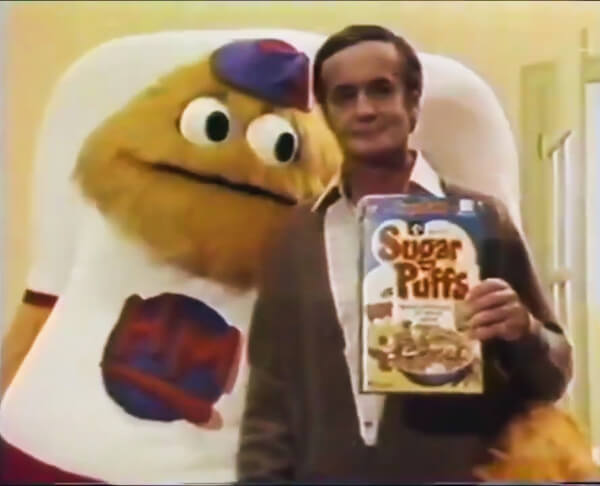