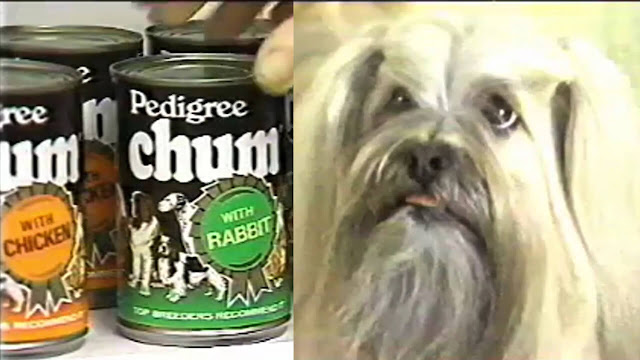 The 1984 supreme champion at crufts is the centre of focus in this TV advert for Pedigree Chum. The owner, Mrs Jean Blythe, states that she has fed her dog on the dog food brand for the whole of his life time, while the man who showed the dog also endorses the product.
The slogan used at the time was "Top breeders recommend it". Of course, in reality, feeding your dog Pedigree Chum is not instantly going to make it a Crufts winner, but the advert will have convinced many dog owners that giving their pet the best dog food will, at least, increase its chances.
Whether you fed your dog on the top brands wasn't actually a choice for many people in the 80s, it was often down to their income. Unemployment was extremely high in 1984 under Margaret Thatcher's government. Finances were tight for many, which meant they opted for cheaper brands not just for their dog, but for the food they fed their family, too.
I remember that Chappie was quite a bit cheaper back then, and this is also produced by Pedigree Petfoods. In fact, it was the company's only product when they started out, and this was also the company's name. They became Petfoods Ltd. in 1956 when they started producing other brands such as Pal and Lassie.
These days, of course, with the Covid pandemic destroying many people's incomes (we have another wave in the form of Omicron as I write), there are still millions who don't have the option of buying expensive dog food brands, and it seems the divide between rich and poor is worse than ever.
Although we did feed our German Shepherd, Jack, on tinned dog food, Winalot and Bonio biscuits, we also bought him cheap offcuts and bones from the local butcher. I remember once seeing him chewing on a pig's ear which my Dad had given to him, which put me off my food for the rest of the day!
Felix Purina Cat Food Ads Compilation 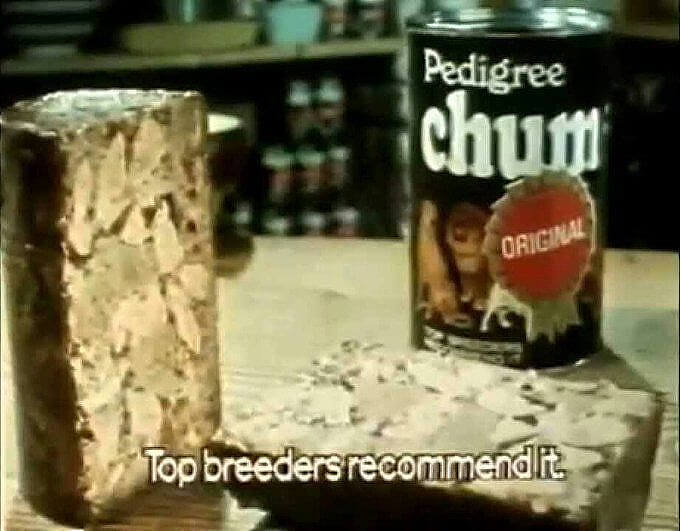