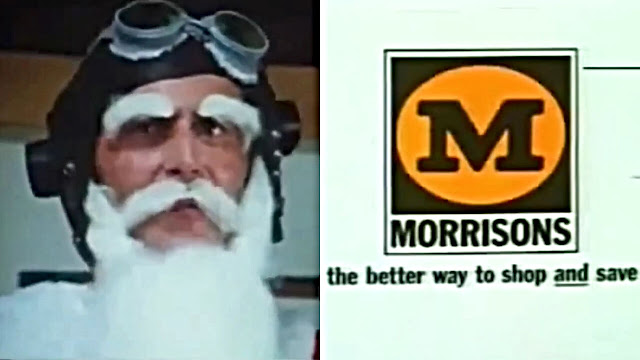 Judging by the comments on my Youtube channel, no one can remember this ad. Well, don't worry, because I can't either!
The ad features Santa claus wearing aviator goggles and teaching his lady pilots about high flying prices. "Cut them down on the ground here at Morrisons". It ends by asking us to test drive a Morrisons trolley this Christmas.
It's certainly a rare ad that was probably only shown in limited regions. My Youtube followers also commented that they didn't even know that Morrisons was around in 1979. To be fair, they only had a few stores in the North of England, but it wasn't until they bought all of the Safeway stores in 2004 when they starting expanding across the country. Indeed, the store in my nearest big town used to be a Mac Market in the 70s, and then it was also a Safeway, Gateway and then a Somerfield. We also had a Kwik Save which used to stack 'em high and sell it cheap! My own local village used to have a VG corner shop which became Dillons and then One Stop. We also had a Fine Fare in the centre of the high street.
Morrisons is now the fourth largest supermarket chain and just about everyone has heard of them these days, of course! The shopping experience is now very much different to what it was the 1979. Everything is self-service and just about every big store is in out of town retail parks. The choice of food can be overwhelming, to say the least - gone are the days when you would ask your local grocer for half a pound of Cheddar!
Bejam Advert 1985 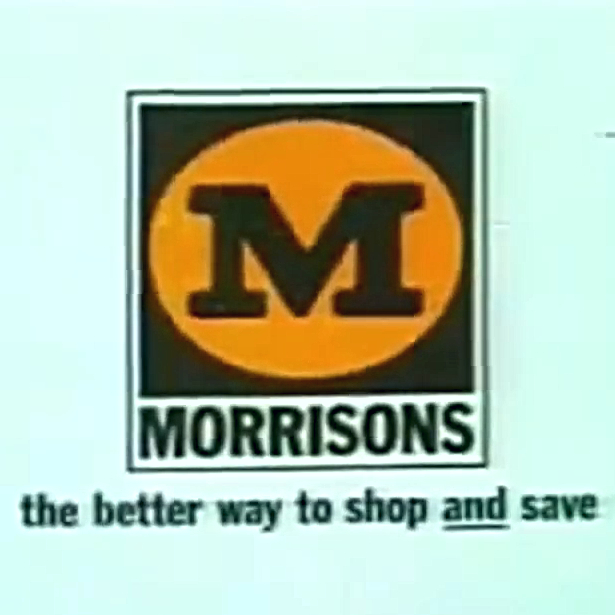