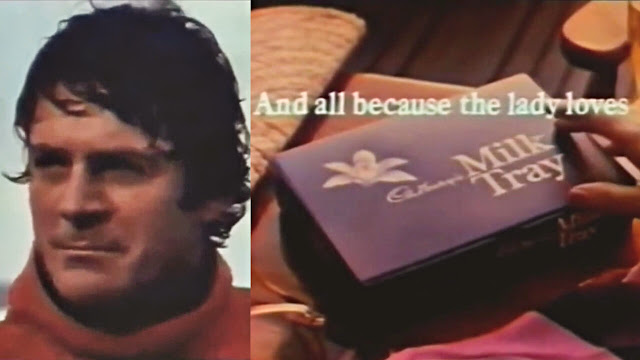 So who remembers the Milk Tray Man? The adverts had everything you would expect in a scene from a 70s James Bond movie, speedboats, yachts, sharks, villains, explosions and a handsome guy in a dark turtle neck jumper or a diving suit. Actually, the only difference being that his mission is somewhat less crucial. He is not saving the world from a nuclear attack, he is simply delivering a box of Milk Tray chocolates to his lover, all because the lady loves Milk Tray!
The action man is actually the Australian actor and model Gary Myers, and he starred in 11 adverts between 1967 and 1984. He also played Captain Lew Waterman in the sci-fi series UFO, by Gerry Anderson. The horn music used in the ads was "The Night Rider" by London Music Works.
In this particular advert, he is wearing some diving gear and needs to board a boat to deliver the goods. I sometimes wonder whether the lady actually wanted those chocolates, and would have much preferred Gary! A 1980s advert also stuck with the nautical theme, and in this one we saw him confronting a shark. There were a several ads featuring differents actors in the second half of the 1980s and the 90s.
The brand is made by Cadbury's, and has become hugely popular since its launch in 1915. The Milk Tray Man first appeared in 1967, and we saw a new version of the ad in 2016.
Twix Chocolate Ad 1976 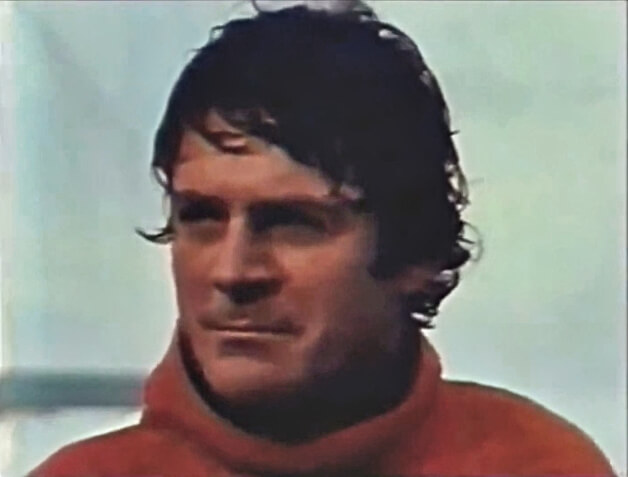