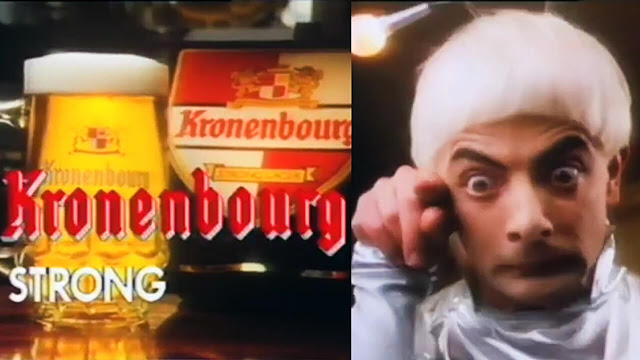 Kronenbourg was a pretty popular lager back in the 80s, and for this amusing advert, the French lager company (who are now owned by Carlsberg) roped in the comedy actor Rowan Atkinson. It was first shown in 1982, and features Atkinson as a funny-looking space alien with bent antennae and donning a silver space suit and a basin haircut.
Of course, there will be many people who will only remember Rowan playing Mr. Bean, which is no bad thing, as this was a truly hilarious and classic comedy series. But for those of us old enough to remember the 1980s, he will also be remembered for the brilliant Not The Nine O'Clock News and Black Adder BBC comedy series.
In this advert, Rowan is beamed into a busy pub (in a similar style to Star Trek) and walks up to the bar claiming "I've come to learn the secret of your taste!". He picks up a pint glass of Kronenbourg (I much prefer those old pint glasses you used to get back in the 80s) and then shouts "speak!". After receiving no reply, he gets the phrase "okey-dokey" the wrong way around before correcting it. I remember that phrase being popular back then, but it's not something you hear so much these days.
He then does a body scan of the beer which reveals the age is 300 years (ancient back then and almost 340 years old now!) the taste is "exceptional", and the origin is Strasbourg. He then asks to be teleported to the planet Strasbourg and says "Tell my mother I shall be late for supper again!".
As I write (in 2021), Atkinson is 66 years of age. In 2018, he starred in the third Johnny English film Johnny English Strikes Again.
John Smith's Peter Kay Diving Advert 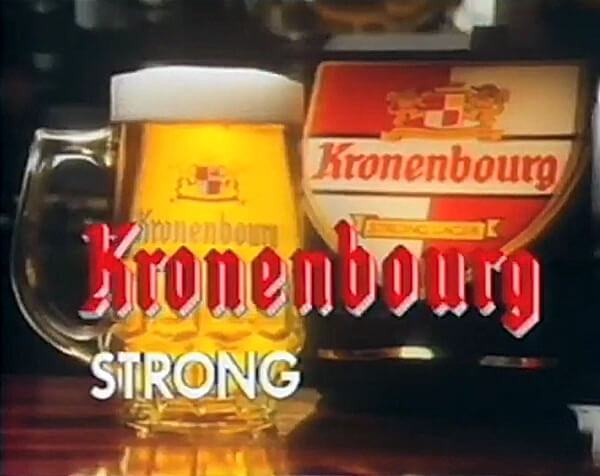