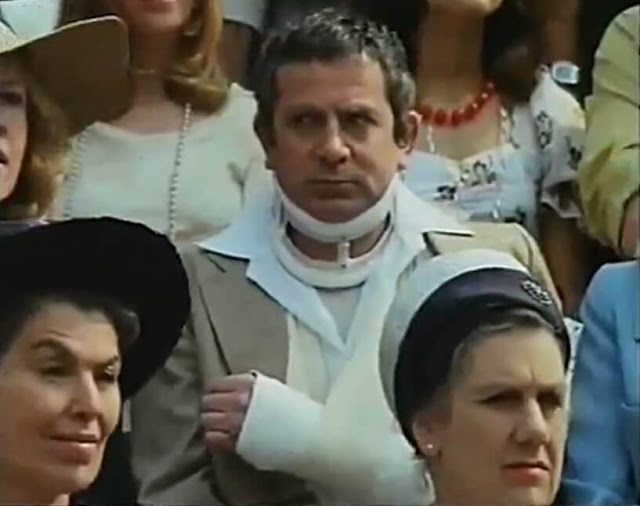 There were numerous Hamlet cigars ads before the Tobacco Advertising & Promotion Act 2002 came into force. However, many of the UK TV ads disappeared before this sometime in the 1990s. All of the Hamlet ones were amusing, as was the one above which features a guy with a neck brace trying to watch a tennis match. To be honest, I'm not sure why anyone would choose to go and watch tennis if they couldn't move their neck, but it makes for a funny ad, at least.
Most of the ads featured someone failing at something and then appearing to get great relief and happiness after lighting up a cigar at the end. The end scene is accompanied by Bach's "Air on the G String", followed by the slogan "Happiness is a cigar called Hamlet, the mild cigar".
Hamlet cigars launched in the UK during 1964, and were produced by the Gallagher Group tobacco company.
The ads are certainly a big favourite amongst the British TV watching public, and this was a time when I actually looked forward to watching them. There were no video recorders back then, of course, so no skipping through them, and many families would sit and watch the ads together, so they were very lucrative for ITV and attracted a big audience for the advertiser's product.
Denim Aftershave Advert 1976 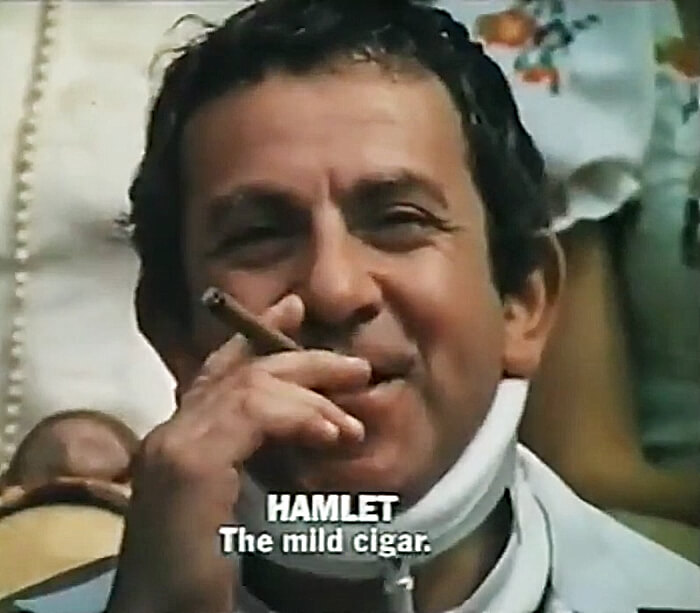