I created this video for all of the Duranies who follow me on Youtube, and there were quite a number of you, it seems, judging by the comments left underneath it! I was originally only going to upload a single Duran Duran advert from the 80s, but then discovered two more and decided to make a compilation.

The first ad is for Duran Duran's self-titled album from 1993 (also known as The Wedding Album), which is not to be confused with their debut self-titled album from 1981. The hit singles "Come Undone" (which reached No.13 in the UK) and "Ordinary World" (which reached No.6) feature in the ad. The female narrator finishes by stating "this is no ordinary album, carry it over your threshold". The album was the Birmingham band's most successful during the 1990s, reaching No.4 in the UK and No.7 in the U.S. 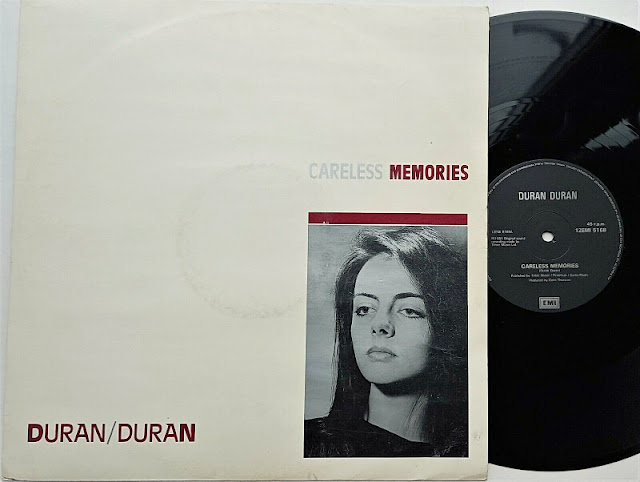 The second advert is by Our Price for the single "The Wild Boys". Our Price was, of course, a record shop chain that I certainly remember visiting quite regularly during the 80s. The narrator asks "Are you brave enough to tame the wild boys at Our Price?", and features a clip from the music video. The song was written and released to help promote the band's first live album Arena, and was the only new track and also the only song recorded in the studio. It was interesting to see the price listed as £4.99 for the LP and cassette. The single reached No.2 in the UK and included a lavish video costing over $1 million to produce! The dance routines were choreographed by Arlene Phillips, who appeared on the ITV show I'm A Celebrity Get Me Out Of Here in 2021.

The third and final advert is by The Video Palace in London. This one is promoting the band's self-titled video compilation on VHS which was released in 1983. It contained the first eleven videos by Duran Duran and cost £19.95, which was quite a sum at the time. Included were specially made videos for songs that were not released as singles, and these were "Lonely In Your Nightmare", "Night Boat" and "The Chauffeur". The singles included were "Rio", "Planet Earth", "Careless Memories", "My Own Way", "Hungry Like The Wolf", "Girls On Film", "Save A Prayer" and "Is There Something I Should Know". 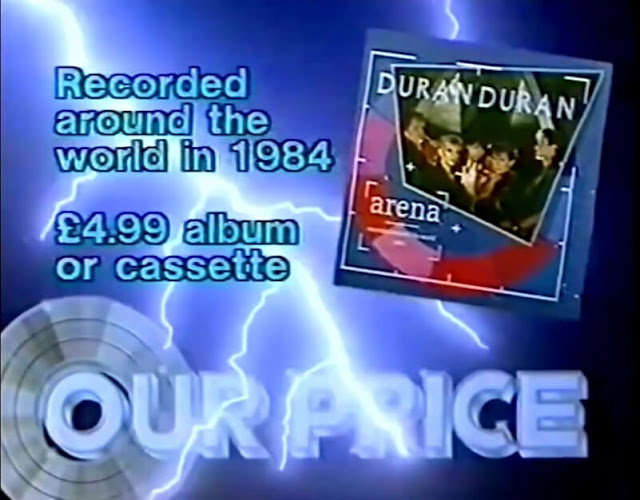