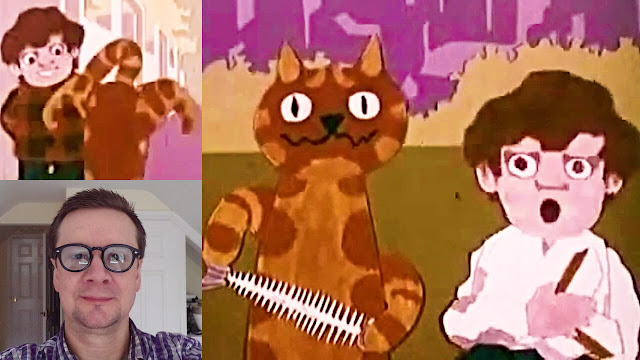 This is the fourth in a series of six Charley Says public information films, and was titled "Mummy Should Know". It's better known as "Always tell your mummy" thanks to the samples taken from the film and used in The Prodigy's debut hit single "Charly", which reached No.3 in the UK singles chart.
The film starts with the cat walking around on its front legs, which, along with its garbled meows, makes me pretty convinced it was on crack. Vera and Dave turn up and ask the lad (Tony) and his cat to "Come along for a picnic", but they don't seem at all surprised by the fact that Charley is standing on his front legs. Maybe they're all on crack and it seems just perfectly normal to them.

Tony is just about to head off with them when Charley stops them and meows again. These are translated by Tony as "Charley says I better tell Mummy where I'm going". Now although I would be very concerned about where my son is going off to, I would be even more alarmed at the fact that he can understand what that cat is actually saying, and the fact the cat is making that noise to start with! That cat needs a vet and the lad needs a psychiatrist, for sure.

Anyway, Tony goes to his Mummy to ask her for permission to go off with Vera and Dave, but she is busy with the milkman. Well, it seems she couldn't care less, and by the time the lad can get through to her the couple have long gone. When she can finally tear herself away from the milkman, she tells Tony that he has been a good boy for not going and asks him if he would like a day out with her instead. Hmm, I wonder if the milkman is coming, too?

The final scene shows Charley, Tony and his mummy enjoying a picnic in the park. After consuming a raw fish and bellowing out some more bizarre meows, Tony explains that "Charley says always tell your mummy before you go off somewhere so she knows who you are with". Yes, lad, quite right, but you should also be concerned who your mummy is with, too! 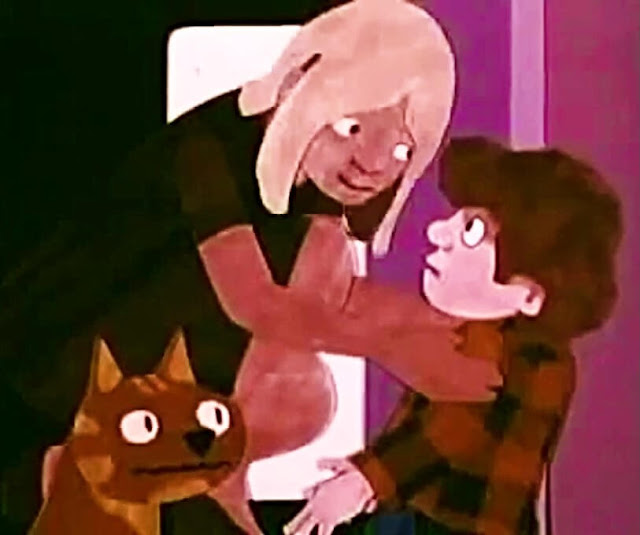 Charley, Tony and his mummy who looks as if she is about to strangle him