Posted by Mark Nobes on December 07, 2021
Before Iceland took over the high street, we had Bejam, which used the slogan "It's what your freezer's for". The company was actually considerably larger than Iceland at the time of this advert, and I certainly remember my Mum regularly buying those stacks of cheap cheese and tomato pizzas!
This Christmas advert from 1985 features a talking fridge freezer - no kids, we didn't actually have talking fridges back in the 80s, although we had talking cars, and I'm not talking about KITT - remember the Austin Maestro with it's talking dashboard that just wouldn't shut up!
I find it unusual that the lady who is decorating the little Christmas Tree on the kitchen table says nothing at all! Instead, she just listens to the fridge freezer rabbiting on about Christmas dinner! He starts by blowing one of those party blower thingymajigs that used to be popular back in the 80s. He then lets us know that "I just can't wait for Christmas dinner, of course, we've already got our turkey, haven't we?". He then tells us that it's a Matthews Golden Norfolk which costs only 59 pence a pound.
His final words are "you can't blame me for blowing my own trumpet, can you?". Except he's not blowing a trumpet, so the joke kind of only half works!
So the objective of this ad was to promote a Matthews turkey, providing you buy it from Bejam, of course! I'm actually not a fan of turkey and we didn't actually eat it at Christmas time. Well, just the once we did, which led us to never have it again! It wasn't so much that we didn't like it, but the fact we were still eating it in the New Year! We usually had beef with Yorkshire puddings and all the trimmings. However, beef is incredibly expensive these days and I rarely buy it.
Bejam was, of course, a frozen food retailer that was founded in 1968. Iceland was founded two years later in 1970. In 1989, Bejam was bought out by Iceland and all of the stores were re-branded with the Iceland name.
Morrisons Christmas Advert 1979 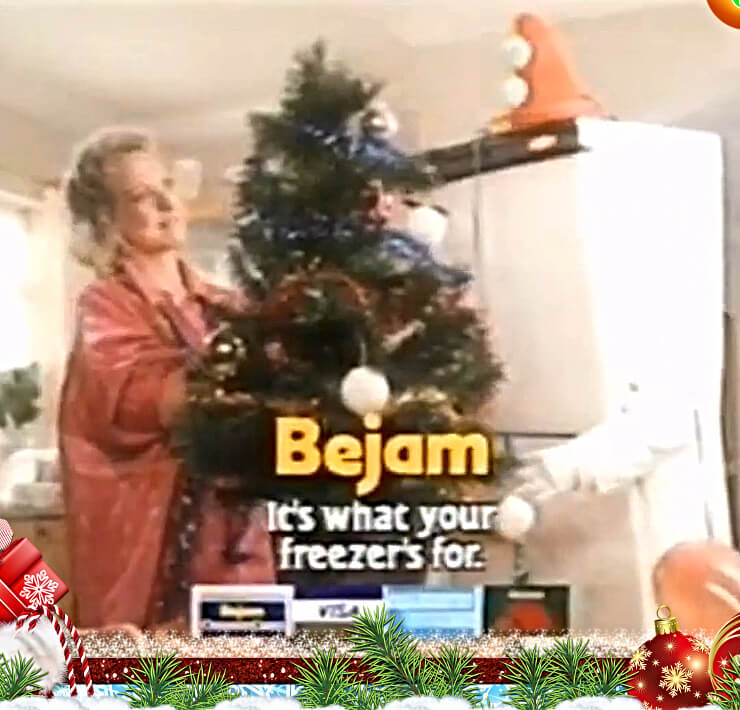