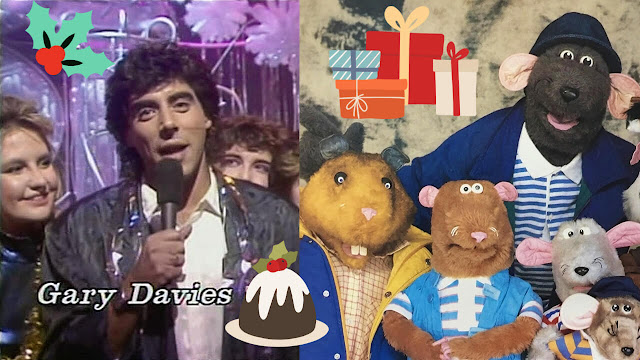 I posted a video on Youtube yesterday, in which I run through a TV listing for BBC1 from Christmas Day in 1985, which was on a Wednesday. So I thought I'd write a post about it and take a look at some the more interesting programmes and TV stars featured. You can view the video at the bottom of the page.

The day started with a Christmas edition of Play School, a programme I used to watch regularly back in the 70s. I was well into my teens in 1985, so didn't watch it in the 1980s. I do, however, remember Carol Schell, who also presented in the 70s. She was a presenter on the programme from 1968 until 1987, and also presented Play Away. I believe she is still alive and is 80-years-old, as I write.

You will have noticed in the video that I couldn't remember The Gnome Mobile. I'm not sure why I never watched it, but I also have not seen it on any TV channel in recent times. The Disney film came out in 1967, and it was one of the last films in which Walt Disney himself supervised. The reviews seem fairly positive and I notice that the critic Leonard Maltin stated that "it's a mystery why the film was not better known". So, I'm guessing I'm not alone in not remembering it! The movie actually came out in the summer, so it was not marketed as a Christmas movie.

Roland Rat was a character you either loved or loathed, and I know many people found him annoying. However, I found Kevin the Gerbil and his squeaky voice deeply irritating! Nonetheless, he saved TV-AM on ITV and the viewing figures soared after he started appearing on the breakfast show. Between 1983 and 1985, he also released three singles; "Rat Rapping", "Love Me Tender" and "No.1 Rat Fan". After moving to the BBC, came Roland's Yueltide Binge, which featured a decent selection of guests, including astrologer Russell Grant, comedy actor Frankie Howerd (who I was a big fan of), newsreader Jan Leeming, the excitable Scottish weatherman Ian McCaskill, ex-Blue Peter presenter Valerie Singleton and actress Jeanette Charles, who you may remember portrayed the Queen. She retired in 2012, but is still alive at the ripe old age of 94.

Noel Edmonds became the face of Christmas on BBC1, hosting a number of programmes including Noel's Christmas Presents from 1989 to 1999 on BBC1 before moving to Sky. In the programme, he would dish out special surprises and reunite families for Christmas. Before this, he hosted The Late Late Breakfast Show which aired on Saturday Evenings. The Live Live Christmas Breakfast Show was based around this and also included co-host Mike Smith, who was out and about with his heli-cam. 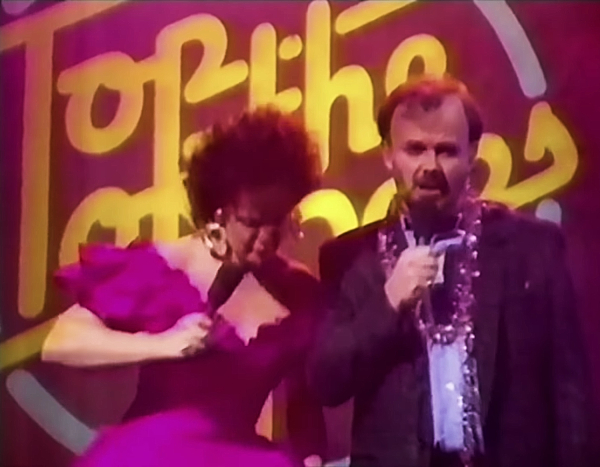 Good old Top Of The Pops was on at 2.00pm, and in the mid 80s I remember it had a real party atmosphere with balloons and coloured lights. This edition was hosted by DJ's Gary Davies, Janice Long, Dixie Peach, John Peel and Steve Wright. Acts on this one included King, Colonel Abrams, Alison Moyet, Baltimora, Billy Ocean and Feargal Sharkey. The end titles played out with "Welcome To The Pleasuredome" by Frankie Goes To Hollywood.

The Children's Royal Variety Performance featured a huge list of stars from back in the day. You will, no doubt, remember Bernie Clifton and his zany ostrich, and also The Record Breakers host Roy Castle. I'm not sure what John Craven actually did on the show, maybe a dance routine or something? I mentioned in the video that I didn't know who the Halfwits were. Well, apparently, they were an acrobatic double act.

I was a big fan of Rod Hull and Emu, and who could forget that interview in which he attacked Michael Parkinson. Only by shoving a bird on your arm could you get away with it! I noticed that Carol Lee Scott was also on the show, and she, of course, played Grotbags on Emu's World.

Comedy fans would not be disappointed by this schedule with Hi De Hi, Only Fools and Horses and The Two Ronnies. Of course, all of these are repeated regularly on the freeview channels these days, or can be streamed. We are now in a world where you can watch just about anything you want whenever you want, providing you're signed up to the right services. Britbox is currently my favourite go to service, and I have been catching up with the original 1960s series of Steptoe And Son, which I've never actually seen before. I've seen all the coloured episodes from the 70s which are often repeated on BBC2.

Well, I hope you enjoyed the video showing what we were watching on BBC1 on Christmas Day in 1985.